Applying the Broadest Reasonable Interpretation of the Claim in Light of the Specification, Federal Circuit Revives Claims in Heart Valve Patent

Before Newman, O’Malley, and Taranto.  Appeal from the Patent Trial and Appeal Board.

Summary:  The broadest reasonable interpretation of a claim must be considered in light of the specification.

St. Jude Medical, LLC (“St. Jude”) filed two petitions for inter partes review of a patent owned by Snyders Heart Valve LLC (“Snyders”).  The patent describes and claims an artificial heart valve and a system for inserting the valve, which can be installed via catheter without invasive surgery and “without removing [a] damaged native heart valve.”  In the first IPR, the Board found that the patent claims were not anticipated by the prior art.  In the second IPR, the Board found that four of the claims were anticipated by the prior art, but found the rest of the claims patentable.

In finding four of the claims anticipated, the Board applied the “broadest reasonable interpretation” of the Snyders patent claim limitation requiring a “frame sized and shaped for insertion between the upstream region and the downstream region.”  The key prior art also disclosed a valve insert, which was sized to fit the valve after the damaged native valve was removed.  The Board broadly interpreted “frame sized and shaped” as also covering a frame that fits in place after removal of a damaged heart valve.  Therefore, the Board found that the prior art anticipated the claims. 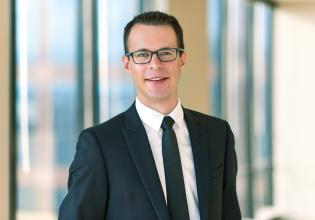