When and Where to File Patent Applications

Attorneys Dan Altman and Vlad Teplitskiy authored, "When and Where to File Patent Applications," which was published on the Maple Business Council website.

Excerpt: "In general, a patent is only valid in the country (or, in some cases, countries) where the patent office that issued it has responsibility.  With so many patent offices around the world, how does one decide in which offices to file a patent application for any given invention and select the correct timing for the patent filings?"

Title: When and Where to File Patent Applications

Innovation has driven global society since before the wheel was invented, and is now a critical component of most companies’ success.  The patent system was set up both to incentivize individuals and companies to continue innovation and to reward them for the resulting inventions.  It does so by providing a limited monopoly on the inventive features of what was invented.

North America remains a global center for innovation.  In 2020, out of 388,861 U.S. patent applications filed with the United States Patent and Trademark Office (USPTO), U.S. inventors filed 183,147 and Canadian inventors filed 7914.[1] In other words, roughly half of the patent applications originated in the U.S. or Canada.  However, the USPTO is just one of many patent offices throughout the world.  In general, a patent is only valid in the country (or, in some cases, countries) where the patent office that issued it has responsibility.  With so many patent offices around the world, how does one decide in which offices to file a patent application for any given invention and select the correct timing for the patent filings?

A good place to start in deciding in which patent office to file is the national security requirements of the country (or countries) where the invention was made or where the inventors are nationals or residents.  The United States requires that a patent application for any invention made in the United States be either filed first in the USPTO or that the subject matter be submitted for a security review and issued a foreign filing license before filing in any other patent office.  Thus, for an invention made entirely in the United States with only U.S. inventors, it becomes relatively straightforward to file first at the USPTO.

Many times, the national security requirements of several different countries can affect where to file a patent application first.  For example, China has a rule similar to that of the U.S. requiring the first filing to be made in China or that a Chinese foreign filing license be obtained.  India and the United Kingdom have a rule that applies to inventors that reside in the respective country even if they made the invention elsewhere, while other countries apply rules to inventors that are citizens of their country even if they are not resident there.  Since these provisions relate to national security, the consequences of violating them can often be severe.  Thus, a decision of where to first file a patent application involves a careful review of where the invention was made as well as the nationalities and places of residence of the inventors.[2]

Many times the national security provisions of more than one country can come into play.  Consider an invention made by collaborators working in both China and the U.S.  Under this scenario, it is impossible to meet the requirements of both countries by filing first in either of the countries.  Thus, a foreign filing license must first be obtained in one of the countries and then the first filing be made in the other country.

Many U.S. companies have facilities in Canada and many Canadian companies have facilities in the U.S.  Fortunately, if inventions are made on both sides of the 8893 km border between the two countries, no complications concerning where to file a patent application are caused by the laws in Canada, which lack any provisions requiring a first filing to be made in Canada.  Thus, patent applications for inventions made jointly in the U.S. and Canada can comply with both countries’ laws by filing first at the USPTO.  Nevertheless, it will still be important to note if any inventors are residents or nationals of countries that have provisions pertaining to such inventors, as the provisions of any such countries will also have to be complied with.

As noted above, a patent from any given patent office is only valid in the country or countries where that patent office has responsibility.  Thus, if a patent applicant wished to obtain a patent in every country in the world, that applicant would have to file hundreds of patent applications at an extremely great expense.  As a result, a decision must be made concerning which countries to file any given patent application, and this decision must generally be made within the one-year priority period described above.

For a Canadian company having a first-filed patent application at Canadian Intellectual Property Office (CIPO), it is generally an easy decision to elect to file an application at the USPTO, as many companies consider U.S. and Canada to be part of a single market, with the U.S. being the far larger component of that market.  U.S. companies also commonly file patent applications at CIPO for the same reason.  Companies in both countries benefit from the synergy obtained by expanding their markets to include both countries.  With the recent adoption of the USMCA to replace NAFTA, filing patent applications in Mexico should also be considered by U.S. and Canadian companies to expand that market even further to include all of the three largest countries of North America.

Canadian and U.S. companies should also consider filing in other countries outside of North America.  Patents can be valuable not only in countries where there is a market for the products to be sold, but also in countries where the products may be produced or countries where competitors are active.  A balance must be made between the potential value of a patent in each country and the costs for obtaining a patent in the country.  For Canadian and U.S. companies, the patent office outside North America where applications are most-commonly filed would be Europe, which has a single patent office for virtually all the countries of Central and Western Europe.  North American companies also commonly file across the Pacific in Japan, China, South Korea and Taiwan.

The grace period in Canada and U.S. can be automatically applied without formally claiming it.  However, other countries, such as Japan and South Korea, require that a declaration claiming the grace period be made at the time of filing.

Many countries do not have grace periods of any consequence.  For example, Europe, China and Taiwan are considered “absolute novelty” countries where the grace periods provided by law are so limited that they can almost never be taken advantage of.

Canadian and U.S. companies have many opportunities to protect their inventions both in North America and elsewhere.  However, careful attention must be paid to national security issues, properly claiming priority and taking advantage of any applicable grace periods.  Good patent counsel is generally required to navigate these complex issues.  Fortunately, such good counsel is available on both sides of the border between the two countries.

[2] National security considerations of various countries are summarized at https://www.wipo.int/pct/en/texts/nat_sec.html. 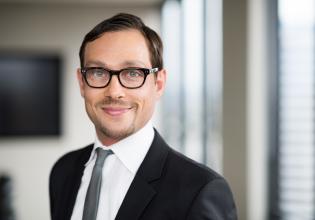