The long-awaited Unitary Patent and Unified Patent Court in Europe are now expected to come into existence on June 1, 2023.  These related developments are described below.

The UP is not available for all 40 member states within the European Patent Convention, or EPC.  For now, it does not cover the 10 other EU countries, such as Spain, Ireland or Poland, although this may change.  It also does not and likely will not cover any of the non-EU countries that can be validated from a European patent under the EPC, such as the United Kingdom, Switzerland or Norway.

We will inform you of the opportunity to validate as a UP when you have a granted European patent.  Thus, no specific action is required until such opportunity arises.

​​​​Opting out may be advisable for patent holders because otherwise, the UPC will have the power to find an entire family of patents (any validated in the 17 countries from the same European Patent Application) invalid in a single proceeding. Traditionally, in-country courts have only had such power over one patent in the family. Opting out also avoids uncertainties of participating in an as-yet untried system. Although there will be no official fee for opting out, our European associates expect to charge fees of approximately $75-$250 for each European patent for which you desire to opt out.

If you would like to opt out of the UPC for any of your existing European patents, please inform your attorney prior to the March 1, 2023 expected date for the beginning of the sunrise period.  If you do not contact us, we will assume that no action is to be taken such that your validated European patents will be subject to the jurisdiction of the UPC. 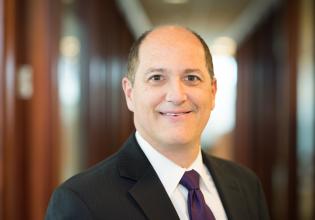