Baxter International Inc. (“Baxter”) has agreed to acquire Hillrom for $10.5 billion ($156 per share) in a deal expected to close in 2022.  After assumption of debt, the total enterprise value of the deal is approximately $12.4 billion.  The deal had been rumored for about a month before it was announced.

According to Baxter’s investor presentation, the acquisition is expected to lead to  “accelerated product and digital innovation across the care continuum and care settings.” 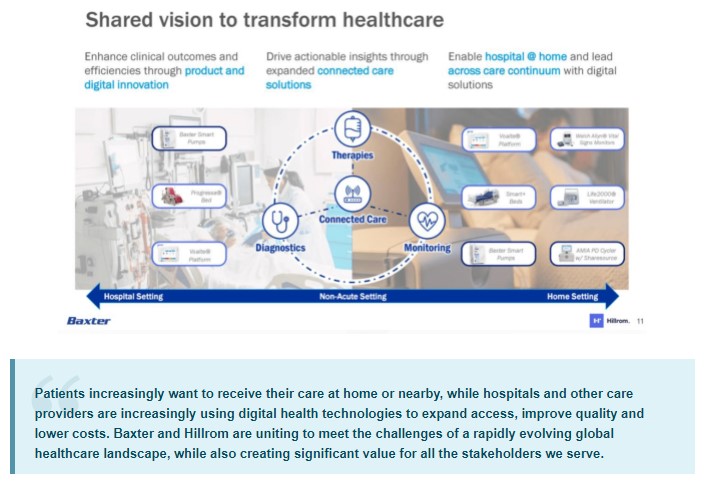 The deal is the latest in a series of moves by Baxter, including extending a multi-year strategic agreement with Amazon Web Services, and acquiring certain assets related to PerClot Polysaccharide Hemostatic System from CryoLife.