A decision from the Federal Circuit clarified how the USPTO should analyze evidence of fame under the fifth DuPont factor.  The decision sheds light on how fashion brands can establish that their marks are famous through advertising, advertising channels, and references to the brand in popular culture.

On April 8, 2013, Greater Omaha Packing Co., Inc. (“GOP”) filed an application to register the mark “GREATER OMAHA PROVIDING THE HIGHEST QUALITY BEEF” and design shown below, having Serial No. 85/897,951.

GOP filed the application for the following goods in International Class 29: “meat, including boxed beef primal cuts”.  Omaha Steaks has dozens of registrations for marks that each include the works “Omaha Steaks.”  At the TTAB, Omaha Steaks argued that each of at least two dozen of its marks would be susceptible to confusion and dilution in view of the proposed mark.

Fearing GOP’s Omaha beef mark would cause confusion in the minds of consumers with respect to its marks, Omaha Steaks filed an opposition against the GOP mark and design on November 15, 2013, which the Trademark Trial and Appeal Board (“TTAB”) dismissed.  Omaha Steaks appealed.

On appeal, the Federal Circuit vacated the TTAB’s decision and remanded the case, holding that the TTAB improperly analyzed several of the DuPont factors, including disregarding the evidence of fame provided by Omaha Steaks and incorrectly using evidence of third-party marks that were related to dissimilar goods.

The fifth DuPont factor analyzes the fame of the prior mark.  As evidence of its marks’ “fame,” Omaha Steaks showed that it spent between $40 and $50 million dollars on advertising each year between 2011 and 2013 and that it regularly processes 100,000 orders per day during the holiday season.   The TTAB disregarded this evidence, relying on Bose Corp. v. QSC Audio Prods., Inc. to determine that these “raw” figures lacked contextual evidence showing Omaha Steaks’ market share.  The Federal Circuit, stated that, under Bose, market share evidence is not the only way to provide contextual evidence to support a finding of “fame” under the fifth DuPont factor.  Rather, the Federal Circuit held that Omaha Steaks had provided considerable contextual evidence, including its types of advertising, its advertising channels, and references to “Omaha Steaks” in popular culture, all of which show that the public was exposed to Omaha Steaks’ marks on a nationwide scale.  The Federal Circuit held that the TTAB erred by not considering this evidence of fame.

As further evidence of fame, Omaha Steaks also provided survey results of consumers who bought meat from specialty kiosks and websites, but which excluded the results of customers who purchased meat at a grocery store or supermarket.  The TTAB disregarded the survey evidence as being only “self-servingly directed to a narrow universe of respondents, exclusively comprised of Omaha Steaks’ customer base.”  The Federal Circuit agreed with the TTAB finding that the evidence presented “’fatally narrowed’ the survey universe and skewed the results.”

This analysis may have application in a broad range of disputes where evidence of fame is at issue.  By its holding here, the Federal Circuit indicates that various avenues of contextual evidence support fame under the fifth DuPont factor.  For example, fashion brands could provide evidence of a company’s mark(s) in “popular culture”, estimates of amounts spent on advertising, quantities of orders, and so forth.  Perhaps additional evidence could include traffic on a website or in a store, commentary or posts in social media., and other examples showing exposure of the mark to the public.

The sixth DuPont factor considers “[t]he number and nature of similar marks in use on similar goods.”  In this case, the TTAB considered the similarity of marks used on a variety of non-meat related products, including popcorn, wine, and oriental foods.  The Federal Circuit held that popcorn, wine, and oriental foods were not relevant to the meat products sold by Omaha Steaks and GOP, and held that the TTAB erred in using these products to analyze this DuPont factor.  However, the Federal Circuit did not provide specific guidance on how to determine which categories of goods are relevant under the sixth DuPont factor.

In this holding, the Federal Circuit appears to be narrowly interpreting “similar goods.”  This raises the question as to what would be considered similar goods in other industries.  In fashion, would footwear be relevant to clothing?  Would glasses be relevant to jewelry or other accessories?  We will have to see if and how the decision in this case is applied to the fashion industry. 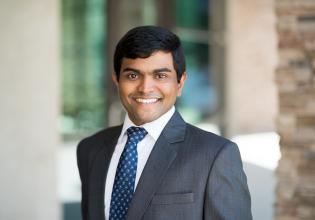 Ryan S. Furtado
Ryan Furtado is an associate that focuses on obtaining international and US IP rights for his clients. Ryan has extensive patent prosecution and counseling...