Summary:  The Federal Circuit voted 7-5 not to review en banc the issue of whether diagnostic claims are eligible for patent protection under § 101.  The Federal Circuit’s denial of en banc review included eight different opinions, all of which indicate that the Supreme Court and/or Congress should intervene to clarify or modify the patent eligibility standards for medical diagnostic claims.  Each of these opinions is summarized below:

Lourie (Joined by Reyna and Chen)

While expressing concerns with the current precedent, Judge Lourie concurred in the court’s decision not to rehear the case en banc because the Federal Circuit is bound by the Supreme Court’s decision in Mayo Collaborative Services v. Prometheus Laboratories, Inc. (“Mayo”), which held that claims focused on detecting new and useful natural laws with conventional steps were patent ineligible.  Judge Lourie suggested only claims directed to a natural law itself, not uses or detection of natural laws, should be excluded from patent eligibility.

Hughes (Joined by Prost and Taranto)

Dyk (Joined by Hughes, Joined in Part by Chen)

Judge Dyk stated that “[a]lthough Mayo’s framework is sound overall. . . the Mayo test for patent eligibility should leave room for sufficiently specific diagnostic patents” and called on the Supreme Court to reconsider the breadth of Mayo.

Judge Chen stated that the claims at issue do not appear to withstand Mayo’s scrutiny but would likely have been found patent eligible under the framework outlined by the Supreme Court in 1981 in Diamond v. Diehr (“Diehr”), where the claims are read “as a whole.”  Judge Chen noted, however, that there is a serious question as to whether Diehr remains good law in view of Mayo, and encouraged the Supreme Court to resolve the question.

Judge Moore found that the claims at issue are distinguishable from Mayo and should be held eligible.  Judge Moore noted that unlike in Mayo, where the claims recited nothing more than the natural law, the claims at issue here recite concrete steps that “specifically confine their reach to a specific application[.] “  Judge Moore discouraged additional en banc requests regarding diagnostic claims and encouraged parties to seek relief from the Supreme Court or Congress.

Judge Newman emphasized “the critical role of the patent system in achieving new diagnostic methods” and stated that “en banc review is needed to provide consistent and correct application of statute and precedent to methods of medical diagnosis.”

O’Malley
Judge O’Malley stated that Federal Circuit precedent applies the Supreme Court’s holding in Mayo too broadly.  Judge O’Malley further suggested that confusion regarding patent eligibility has been caused by the Supreme Court ignoring Congress’s direction to apply § 101 as written, and stated that “claims directed to uses of natural laws rather than the natural laws themselves would be eligible under § 101[.]”  Judge O’Malley encouraged Congress to clarify that there should be no invention requirement read into § 101. 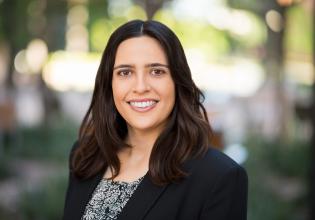