Before Hughes, Schall, and Stoll.  Appeal from the United States District Court for the Eastern District of Michigan.

Summary:  Aesthetic appeal is not an invalidating form of functionality for design patents; patent exhaustion and repair doctrines apply equally to utility patents and design patents.

ABPA, an association of auto body part companies, filed a declaratory judgement action against Ford seeking to invalidate design patents covering vehicle hood and headlight designs.  According to ABPA, consumers prefer replacement parts that restore the original appearance of the vehicle. ABPA argued that Ford’s design patents were invalid because aesthetic appeal rendered the designs functional.  ABPA also argued that Ford’s design patents were unenforceable under the doctrines of exhaustion and repair, and could not bar sales of replacement auto body parts that look like Ford’s original patented parts.  The district court denied ABPA’s motion for summary judgment and sua sponte entered summary judgement in favor of Ford.

The Federal Circuit affirmed.  On invalidity, the Court reasoned that the statutory basis and economic value of design patents derives from aesthetic appeal.  If aesthetic appeal were functional so as to invalidate a design patent, that would gut the principles underlying design patents.  The Court declined to extend the concept of aesthetic functionality in trademark law to design patents.  The Court also explained that the exhaustion and repair doctrines apply only to authorized sales of the components actually sold.  The repair doctrine does not allow wholesale replacement of component parts that are themselves protected by patent.  Also, exhaustion does not apply to the unauthorized replacement parts manufactured by third parties. 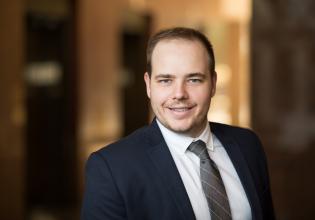 Bryan J. Johnson
Bryan is an Associate in the firm’s New York office. He completed his undergraduate studies in Chemical Engineering at Ohio State University and received his J...