On June 11, 2019, the U.S. Patent and Trademark Office Patent Trial and Appeal Board (PTAB) instituted inter partes review (IPR) of U.S. Patent No. 6,306,141, assigned to Medtronic Vascular, Inc.  The Decision instituted the IPR based on two obviousness grounds, including that “Petitioner has made an adequate showing at this stage that at least claim 1 would have been obvious over Cragg, Pops, and Tanaka.”

As previously reported on KnobbeMedical, the petition that lead to institution of the IPR was filed on November 9, 2018 by Cook Medical LLC.  The status of the proceeding can be examined by searching for the patent on the Patent Trial and Appeal Board website.

The ‘141 patent discloses using stress to restrain a metal alloy in a stressed state (“stress induced martensite” or “SIM”).  The alloy expands to its unstressed shape after being released from its restraint due to a phase change from martensite to austenite without a change in temperature.  In one example, the ‘141 Patent describes that the disclosed device enables doctors to treat damaged or diseased heart valves with a less invasive transcatheter heart valve procedure.  Figures 3 and 4 of the ‘141 Patent, shown below, illustrate a “side elevation view of a partial section of a catheter” in stressed (Figure 3) and unstressed (Figure 4) configurations. This is not the first time that the ‘141 patent has been subject to a petition for inter partes review, but it is the first time that an IPR has actually been instituted.  On January 17, 2014, Edwards Lifesciences Corporation filed a petition with the Patent Trial and Appeal Board requesting inter partes review of all claims of the ‘141 Patent.  According to a Medtronic press release, on May 20, 2014, Medtronic and Edwards reached a “global settlement agreement” to “dismiss all of the pending litigation matters and patent office actions between them.”

In May 2013, Lombard Medical filed a petition for inter partes review of Claims 1-10 and 18-22 of the ‘141 Patent.  Lombard Medical’s products, according to its website, include the AORFIX™ endovascular stent graft.  According to a Lombard press release, on October 17, 2013, Lombard was granted a non-exclusive license by Medtronic to the ‘141 Patent, and Lombard formally requested a withdrawal of its inter partes review petition with the USPTO.

The ‘141 Patent has also been previously litigated.  The ’141 Patent, among others, was previously asserted by Medtronic against W.L. Gore & Associates, Inc. in 2006; Gore’s EXCLUDER® AAA, TAG, and VIABAHN SFA® endoprosthesis devices were at issue.  The parties entered into a confidential settlement in 2009.

Medtronic also previously asserted the ’141 Patent, among others, against AGA Medical in 2007.  AGA’s AMPLATZER® Septal Occluder, Duct Occluder, and Vascular Plug devices were at issue.  The parties entered into a settlement in 2010 in which AGA received a non-exclusive license to patents including the ’141 Patent in exchange for $35 million.  AGA Medical was subsequently purchased by St. Jude Medical in October 2010 for $1.3 billion.  St. Jude was in turn acquired by Abbott in 2016 for $25 billion. 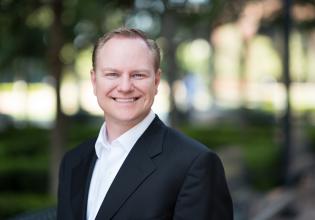