Before Taranto, Mayer, and Chen.  Appeal from the United States District Court for the Eastern District of Texas.

Elbit Systems Land and C4I Ltd. and Elbit Systems of America, LLC (collectively “Elbit”) sued Hughes Network Systems, LLC for patent infringement.  The jury found certain asserted claims were infringed and not invalid, and it awarded damages.  The district court found that the case was exceptional due to Hughes’ litigation conduct and that Elbit was entitled to attorney’s fees.  The district court did not quantify the amount of attorney’s fees.

With respect to the district court’s unquantified attorney fees award, the Federal Circuit held that it lacked jurisdiction to review the finding.  Citing the Supreme Court’s decision in Budinich v. Becton Dickinson & Co., 486 U.S. 196 (1988), the Federal Circuit held that 28 U.S.C. § 1295 could not provide the basis for jurisdiction because a determination of entitlement to fees is not a reviewable final decision until quantification of the fee award.  The Federal Circuit also noted that 28 U.S.C. § 1292(c)(2), which authorizes review of a judgment that is final except for an accounting, could not provide jurisdiction to review in view of Budinich because the statute does not authorize review of fees rulings and fees are not part of an “accounting” under the statute. 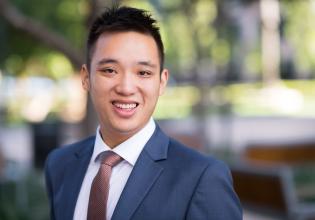