Divide and Conquer: How Louis Vuitton's Brand Protection Strategy Might Increase the Opportunities for Brand Owners to Combat Infringement

On November 7, 2018 Louis Vuitton Malletier, S.A. filed a complaint in the Southern District of New York against i-Fe Apparel, Inc., Yongun Jung, and a number of presently unknown entities and individuals (“Defendants”). Louis Vuitton alleges trademark counterfeiting, trademark infringement, false designation of origin, and trademark dilution. Louis Vuitton asserts that the defendants are willfully and intentionally infringing on several of their marks within Class 25, by selling products made of inferior materials and having poor construction, at prices well below those of authentic Louis Vuitton products. In the complaint, Louis Vuitton also claims to have invested “millions of dollars and decades of time and effort” so that consumers will recognize Louis Vuitton marks throughout the world and associate the marks with high quality, luxury goods. Examples of Louis Vuitton’s apparel depicting its registered marks, and Defendants’ allegedly infringing apparel, are shown below: 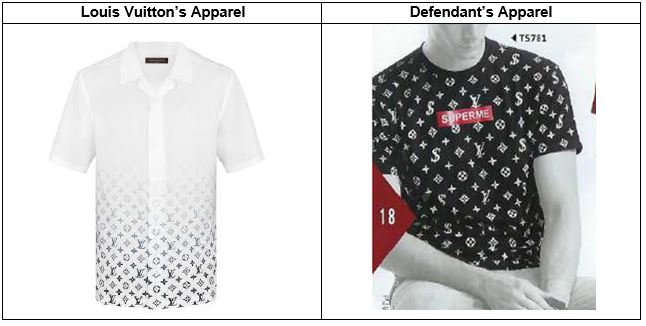 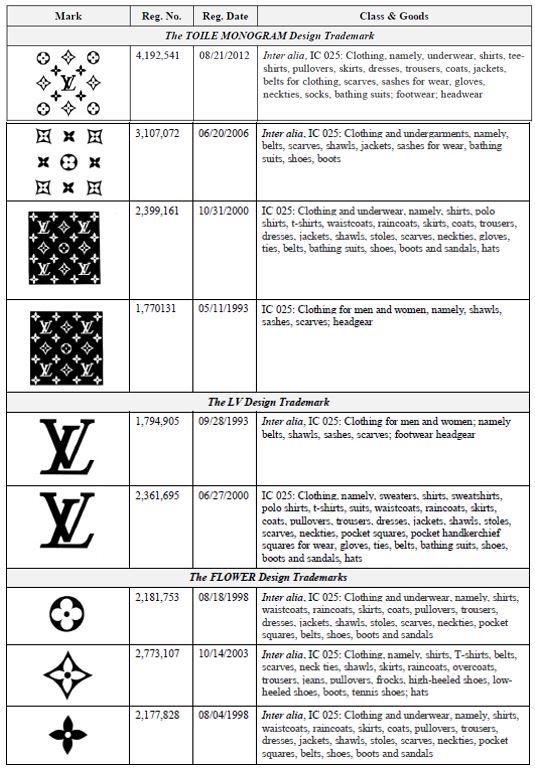 Louis Vuitton’s strategy of separately registering the individual elements of a pattern, could entitle Louis Vuitton to greater monetary damages if the Defendants are found to infringe all the asserted marks. This brand protection strategy also gives Louis Vuitton an additional opportunity to assert its trademarks against potential infringers that make slight alterations to portions of the Toile Monogram Design Mark.

For brand owners, this case highlights the potential advantage of registering individual elements of a pattern or design.