Before O’Malley, Reyna, and Taranto.  Appeal from the Patent Trial and Appeal Board.

Qualcomm filed petitions for inter partes review challenging the patentability of both apparatus and method claims of ParkerVision’s ’940 Patent.  The ’940 Patent describes a system and method wherein low-frequency electromagnetic signals are up-converted to higher-frequency signals by various means.  The Board held certain apparatus claims of the ’940 Patent to be unpatentable as obvious over the prior art.  However, the Board held that Qualcomm failed to prove by a preponderance of the evidence that certain method claims are unpatentable.

ParkerVision appealed and Qualcomm cross-appealed.  ParkerVision argued on appeal that the Board erred in holding the challenged apparatus claims unpatentable.  Qualcomm argued in its cross-appeal that the Board erred in upholding the patentability of the challenged method claims.  The dispute between the parties concerned the “plurality of harmonics” limitation in the claims.

The Federal Circuit affirmed the Board’s decision.  As to the apparatus claims, the Federal Circuit reasoned that “a prior art reference may anticipate or render obvious an apparatus claim—depending on the claim language—if the reference discloses an apparatus that is reasonably capable of operating so as to meet the claim limitations, even if it does not meet the claim limitations in all modes of operation.”  With respect to claim language, the Federal Circuit noted that its cases distinguish between claims with language that recites capability and those that recite configuration, and that here the claims fall squarely on the “capable of” side of the line.  Thus, because it was undisputed that the prior art apparatus is capable of producing a “plurality of harmonics,” the Federal Circuit held that substantial evidence supported the Board’s determination of unpatentability.  As to the method claims, the Federal Circuit explained that, while Qualcomm was only required to identify a prior art reference that discloses an apparatus “capable of” performing the recited functions to prove that the apparatus claims would have been obvious, more was required with respect to the method claims.  Because Qualcomm failed to present evidence and argument that a person of ordinary skill in the art would have been motivated to operate the prior art apparatus in a manner that satisfied the “plurality of harmonics” limitation, Qualcomm failed to meet its burden of proof as to the challenged method claims. 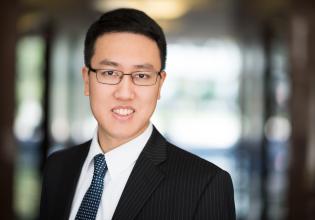 Josepher Li
Josepher Li is a litigator in the Orange County office of Knobbe Martens. His practice focuses on intellectual property litigation, with an emphasis on patent...