Judge Marvin Garbis of the U.S. District Court for the District of Maryland concluded that plaintiffs iCeutica Pty Ltd. and Iroko Pharmaceuticals, LLC, which filed the lawsuit in February 2017, were barred from asserting that Lupin’s products (generic forms of Vivlodex®) infringed plaintiffs’ patents under the doctrine of equivalents. Plaintiffs had asserted that Lupin’s products infringed the claims of U.S. Patent Nos. 9,526,734 (“’734 patent”) and 5,649,318 (“’318 patent”). The claims require a certain particle size which Lupin’s products did not literally infringe.

In its Motion for Summary Judgment, Lupin argued that prosecution history estoppel applied, legally barring Plaintiffs from asserting that Lupin’s products infringed under the doctrine of equivalents.  During prosecution of the ’734 and ’318 patents, plaintiffs had repeatedly narrowed the particle size limitations to overcome the prior art and had argued that the claimed particle size was a distinguishing feature over the prior art. In opposition to Lupin’s Motion for Summary Judgment, plaintiffs argued that prosecution history estoppel did not apply as any amendments made during prosecution were merely tangential to the alleged equivalent.

Judge Garbis heard oral argument on the motion in December 2017 and issued his opinion on February 1. He ruled in favor of Lupin finding that both argument-based and amendment-based prosecution history estoppel applied. As plaintiffs could not prove literal infringement of the particle size limitation and were barred from asserting infringement under the doctrine of equivalents, Judge Garbis dismissed the case.

Consistently ranked among the top intellectual property firms in the nation and worldwide, Knobbe Martens Hatch-Waxman preeminent practice has been successfully serving the needs of its clients for over twenty years.  Knobbe Martens handles intellectual property litigation and technology law nationwide, including litigation at the district courts, the appellate courts, the PTAB and the ITC. Knobbe Martens has over 275 attorneys and scientists, including over 125 attorneys dedicated to intellectual property litigation. The firm has offices in Orange County, California, Los Angeles, New York, San Diego, San Francisco, Seattle, Silicon Valley, and Washington, D.C., and enjoys an international reputation for excellence. More information about the firm can be found at www.knobbe.com.

Lupin is an innovation led transnational pharmaceutical company developing and delivering a wide range of branded & generic formulations, biotechnology products and APIs globally. The Company is a significant player in the Cardiovascular, Diabetology, Asthma, Pediatric, CNS, GI, Anti-Infective and NSAID space and holds global leadership position in the Anti-TB segment. 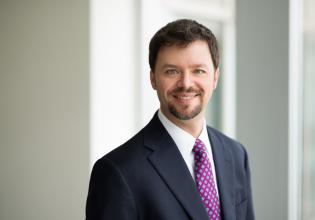 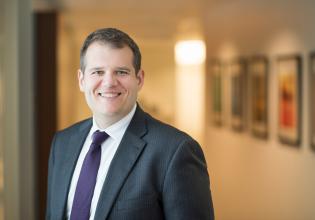