Anything Your Heart Designs: Swarovski Hit with Copyright Infringement of Galatea’s “Two In One Heart” Design

This suit arises out of Swarovski’s alleged infringement of Galatea’s copyrighted jewelry designs. At issue in this case is Chi’s design for Galatea’s Two of One Heart™ line.

Galatea’s TWO IN ONE HEART Design can be seen below: 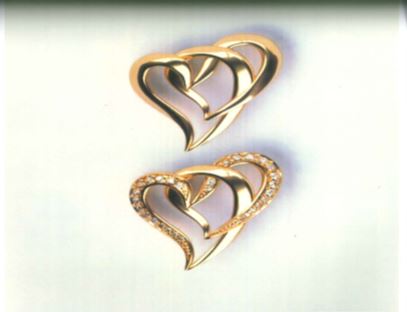 According to the complaint, Chi’s designs for Galatea are sold in over 1,000 retail jewelers throughout the U.S., exhibited at major trade shows, and sold on Galatea’s website http://galateausa.com/.  Galatea claims that in 2010, several years before Swarovski’s alleged infringement, Galatea offered for sale and sold its Two of One Heart™ line which included the TWO OF ONE HEART Designs. Galatea states these were sold through the TWO OF ONE HEART Catalog, Galatea’s retail network, website, and trade shows, one of which Galatea claims Swarovski routinely participated in.

Galatea alleges that around January 2016, several years after Galatea created and publicized its TWO OF ONE HEART Designs, Swarovski began to manufacture and sell, without permission from Chi or Galatea, jewelry that featured a design that was a copy of, or substantially similar to, the TWO OF ONE HEART Designs. Galatea claims that Swarovski promoted the allegedly infringing design as part of its Valentine’s Day collection and introduced promotional ads and videos featuring the well-known supermodel Miranda Kerr.

The Galatea and Swarovski products can be seen below: 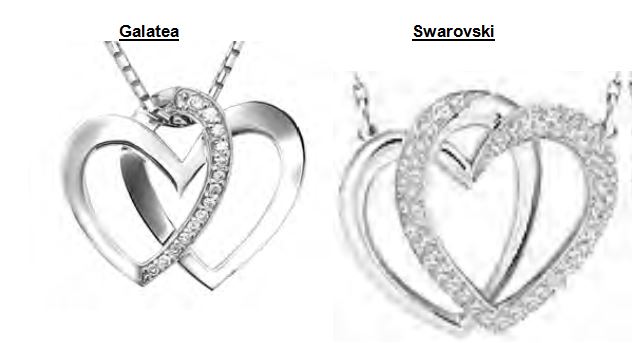 Galatea claims that prior to Swarovski’s advertisement and production of its allegedly infringing products, Swarovski did not offer heart design jewelry that was arranged in the same manner that Galatea had designed its TWO OF ONE HEART Designs. Galatea explains that its designs involve an optical illusion of one heart that is comprised of two hearts which overlap in the same loop of metal.

In the complaint, Galatea provided the images below to explain the steps Swarovski allegedly took to copy its design.  Galatea alleges that Swarovski merely (1) horizontally flipped the Galatea design; (2) removed the existing diamonds; (3) covered a larger portion of the design with crystals; and (4) tapered the points and rounded the edges.

Additionally, examples of Swarovski’s advertisements that Galatea included in its complaint can be seen below: 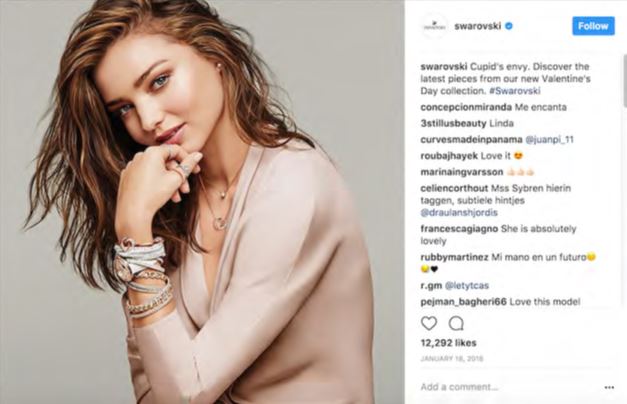 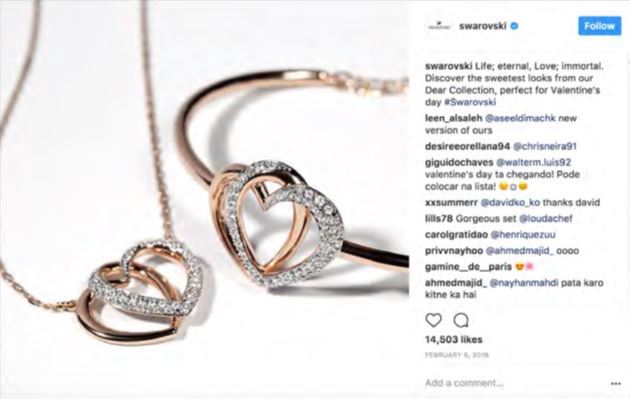 It will be interesting to see how Swarovski defends this suit and whether Swarovski argues the elements in the jewelry are not copyrightable because they are scenes a faire. Generally, to prove copyright infringement, a Plaintiff must show that the infringing design is “substantially similar” to the copyrighted design.  However, under the scenes a faire doctrine, courts will not protect a copyrighted work from infringement if the expression embodied in the work necessarily flows from a commonplace idea, the elements of the work are indispensable, or the elements of the work are standard in the treatment of a certain idea.  If the court determines that scenes a faire applies to elements of a design, then it will only be entitled to “thin” copyright protection and the Plaintiff must prove that the infringing design is “virtually identical” to its copyrighted design, which is significantly harder to prove.  Copyright protection can also be granted based on the “selection and arrangement” of unprotectable elements.  But, under the Ninth Circuit’s Satava case, the bar for copyrightability due solely to selection and arrangement is quite high: “a combination of unprotectable elements is eligible for copyright protection only if those elements are numerous enough and their selection and arrangement original enough that their combination constitutes an original work of authorship.” It will also be interesting to see whether the crystal jewelry retailer can really have anything its heart designs. 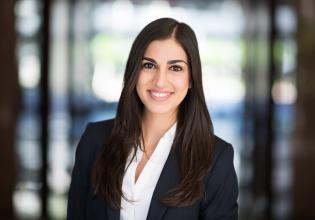