With the continuing uncertainties regarding application of the subject matter eligibility standard enumerated in 35 U.S.C. §101 by both courts and the U.S. Patent Office, organizations that have an interest in clarifying the law are making their views more widely known.[1]  For example, the American Intellectual Property Law Association (AIPLA) recently introduced a proposal to amend 35 U.S.C. §101, “expressly overrul[ing] the current judicially-created framework.”  This AIPLA proposed amendment is substantially similar to an amendment also recently proposed by the Intellectual Property Owners Association (IPO).[2]

The AIPLA proposal urges Congress to modify §101 as follows:

(a) Eligible Subject Matter.—Whoever invents or discovers any new and useful process, machine, manufacture, composition of matter, or any useful improvement thereof, may obtain shall be entitled to a patent therefor, subject only to the conditions and requirements of set forth in this title.

(b) Sole Exceptions to Subject Matter Eligibility.—A claimed invention is ineligible under subsection (a) only if the claimed invention as a whole exists in nature independent of and prior to any human activity, or can be performed solely in the human mind.

A few significant revisions to the current law are apparent.  The proposal, in proposed §101(b), eliminates prior common‑law exceptions to § 101 eligibility and delineates the “sole exceptions” that can be applied.  The AIPLA-proposed §101(b) would therefore overrule any conflicting Supreme Court subject matter exceptions, which are succinctly summarized in Bilski: “the Court’s precedents provide three specific exceptions … ‘laws of nature, physical phenomena, and abstract ideas’.”[3]  Additionally, the proposed §101(c) establishes patent eligibility as a distinct requirement, independent of §102, §103, and §112.  AIPLA notes that the Supreme Court’s Mayo decision confused eligibility with novelty and non‑obviousness, for example “mandating [that] the significance of individual steps be analyzed to determine whether an inventive concept is present.”  AIPLA, p. 15-16.

Since AIPLA’s goal is to abandon the current §101 framework, most famously embodied in the Supreme Court’s Alice decision, the proposed amendment arguably moots both step 1 and step 2 of the so‑called Alice test.  Step 1 of Alice asks, “whether the claims at issue are directed to one of those patent-ineligible concepts.”[4]  Alice required that this question be answered by reviewing the claim as a whole, but this instruction is not always followed.  AIPLA’s proposed §101(b) would place the requirement of examining “the claimed invention as a whole” directly into the statute.  Proposed §101(c) would make a more drastic change, preserving “a search for an inventive concept” for analysis under other statutory sections and preventing it from being performed under step 2 of Alice.[5]

As to the sole exceptions recited in proposed §101(b), AIPLA describes them as excluding inventions or discoveries that lack in “human effort,” or that are “purely mental steps.”[6]  For example, AIPLA notes that under the proposal Albert Einstein would not be entitled to a patent on E=mc2, as a proposed exception excludes “invention[s] exist[ing] in nature independent of and prior to any human activity.”  By excluding inventions that “can be performed solely in the human mind,” AIPLA further opens the door for claims where “any part … requires the use of a physical device such as computer hardware or involves a physical test such as a diagnostic assay.”[7]

However, the Supreme Court has arguably provided some constitutional guidance, stating in Graham that the Patent Clause in the Constitution “is limited to the promotion of advances in the ‘useful arts’.”[12]  The Graham decision continues, “[Congress] may not enlarge the patent monopoly without regard to the innovation, advancement or social benefit gained thereby … this is the standard expressed in the Constitution and it may not be ignored.”[13]  Similarly, in dissenting from dismissal of review in Laboratory Corp. v. Metabolite, Justice Breyer stated, “sometimes too much patent protection can impede rather than ‘promote the Progress of Science and useful Arts,’ the constitutional objective of patent … protections.”  This is a position retired Justice Stevens also explores in a concurrence of Bilski, in which he examines the limits of §101.[14]

The current framework, as explained by AIPLA, places the United States at risk of falling behind patent systems of other countries and has “an adverse impact on innovation.”[15]  An example benefit of enacting the proposed AIPLA amendment would be to bring §101 in line with being “a coarse filter” solely focused on the type of material that can be patented.  The wording of the proposed amendment also allows the remaining patentability doctrines, such as §102, §103, and §112, to “do the work of preventing undeserving claims for issuing in patents.”[16]  In contrast with other eligibility statutes, such as the European Patent Convention’s list of ineligible subject matter, “AIPLA’s proposal is not focused on prior determinations of eligibility based on prior patent claims.”[17]  Thus, as an additional benefit, AIPLA states its proposal can be rapidly applied to future technologies.  In view of these benefits, coupled with the Supreme Court’s deference to Congress with respect to patent eligibility[18], AIPLA’s proposal could provide the basis for a § 101 structure that better “promote[s] the Progress of Science and useful Arts.”

[1] For an overview on the current framework for patent eligibility under § 101, please see Post-Alice Section 101 Eligibility Roadmap for Software Inventions.

[9] Describing Le Roy, and “most 19th and 20th century … decisions”; Peter S. Menell, Forty Years of Wondering in the Wilderness and No Closer to the Promised Land: Bilski's Superficial Textualism and the Missed Opportunity to Return Patent Law to Its Technology Mooring, 63 Stan. L. Rev. 1289 (2010).

[10] Bilski noted that the three specific exceptions are “consistent with … a process [being] ‘new and useful’,” as presently recited in §101; (emphasis added) Bilski at 594.

[14] See Bilski (Stevens, concurring), (“the constitutional standard for patentability is difficult to apply with any precision … Congress has not …determined that patents on methods of doing business would effectuate this [constitutional] aim.  And as I understand their practical consequences, it is hard to see how they would.”). 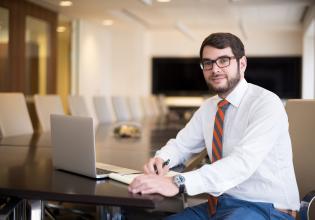