Microsoft filed IPR petitions on the challenged patents, naming Global Technologies Inc. (“GTI”) as Patent Owner based on the Patent Office’s records. Petitioner served GTI, a dissolved company, but also served Kenneth A. Raniere, the plaintiff in the underlying district court litigation involving the challenged patents. After the petitions were filed, Mr. Raniere recorded an earlier executed assignment transferring ownership from GTI to Mr. Raniere, allegedly as part of GTI’s dissolution. The Board accepted this assignment as prima facie evidence of Mr. Raniere’s ownership of the patents.

Additionally, the PTAB ordered Schmeiser, Olsen & Watts LLP (“SOW”), counsel representing both GTI and Mr. Raniere, to obtain a new Power of Attorney not signed solely by Mr. Raniere in order to continue participating in the proceedings. The Board further noted potential conflict of interest issues in SOW representing both GTI and Mr. Raniere based on allegedly false documents prepared by SOW. Accordingly, since Microsoft served documents only on SOW, the Board ordered that Microsoft serve copies of the Petition documents on several other parties related to GTI. The Board also held Microsoft’s motion to expunge documents in abeyance until GTI has a chance to appear in the proceeding.

Even though collateral estoppel is not explicitly referred to in the IPR statute, this case helps clarify that it is still available for parties in IPRs. Parties and counsel should also diligently attempt to determine the true patent owner and scrutinize purported assignments carefully prior to filing or responding to IPR petitions. 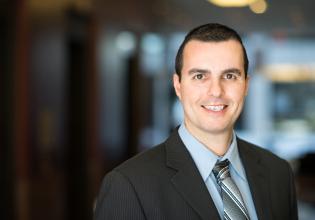 David Schmidt, Ph.D.
David R. Schmidt practices intellectual property law, with a focus on patent litigation and prosecution in the fields of medical devices and pharmaceuticals. As...