Patent applications containing nucleic acid or protein sequences are required to include an electronic sequence listing using a required format and standard symbols.  The United States Patent and Trademark Office (USPTO), in conjunction with the World Intellectual Property Organization (WIPO), is participating in an international effort that, if implemented, would dramatically change the requirements for sequence listings for the first time in 18 years.  The USPTO issued a notice in the Federal Register requesting public comments on the ongoing effort to revise the sequence listing standard.  The deadline for comments is December 27, 2016.  However, the USPTO has not yet announced if or when it would implement a new sequence listing standard.

The proposed new standard for sequence listings (“Standard ST.26”) is pending final approval by the Committee on WIPO Standards. The new standard represents a substantial restructuring of the sequence listing document, including switching from the previous ASCII text format to a new eXtensible Markup language (XML) format.  The USPTO states that it will not be possible to directly convert old sequence listing formats to the proposed new standard, at least due to the differences between the two standards, such as the types of required sequences, representation and annotation of sequences, and sequence data structure.  Federal Register Vol. 81, No. 208 at p. 74776.  Moreover, the USPTO indicates that the new format is not as easily human-readable as the old format, so care must be exercised through any manual conversion process. Id. at 74777.  For comparison, sample content from a proposed new-format sequence listing provided by the USPTO is shown below, along with the corresponding sequence listing in the old format (on file with the USPTO):

It is unclear how the proposed rule change may impact existing biotechnology portfolios and whether the USPTO will require the new sequence listing format in continuations and divisionals of a parent application that contains a sequence listing in the current format.  However, there is at least a possibility that the USPTO could apply the new standard to continuation and divisional applications filed after the implementation of the new standard.  If that is the case, applicants may have to manually create a new sequence listing file for new continuations and divisionals[1].  Alternatively, the USPTO permits third party software developers to make sequence authoring tools (see, e.g.,  USPTO: 1385 CNOG  841), leaving the door open for software innovations that at least facilitate the conversion.  Moreover, the proposed new standard would require certain “free text” annotations in the sequence listing to be repeated in the main part of the application (Federal Register Vol. 81, No. 208 at p. 74777), raising a possibility that if certain annotations appear in the electronic sequence listing but not in the specification or drawings, the specification or drawings may need to be amended to include them.

Moreover, continuation and divisional applications with a priority claim that predates the implementation of the America Invents Act (AIA; March 16, 2013) are eligible for the previous “first to invent” laws.  However, discrepancies in reformatted electronic sequence listings pose a risk of irreversibly placing the continuation or divisional application and its progeny under the “first to file” provisions of the AIA.  The provisions of the AIA may directly impact patent scope and validity, for example by affecting which items can apply as prior art.  If a patent application ever contains a claim that has an effective filing date on or after March 16, 2013, the AIA will apply to every claim of that application, and every subsequent application claiming priority to it. See 35 U.S.C. § 100.  Thus, if a continuing or divisional application is filed with a new electronic sequence listing that contains a typo, and a claim referring to the sequence that has the typo, the entire patent application could be pulled into the regime of the AIA.

Since the possibility of changes in procedural rules of sequence listings have the potential to impact existing biotech patent portfolios, owners of existing biotechnology portfolios may wish to continue to monitor developments at the USPTO.  While a rule change has not yet been implemented, if such a rule change is put into place, Applicants may consider taking proactive steps to mitigate cost and substantive implications down the line. 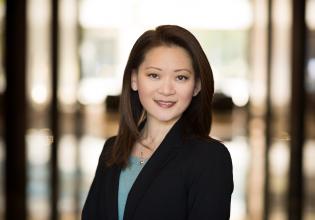 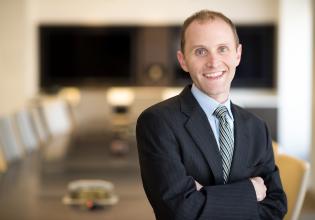