The Federal Circuit’s recent decision in Synopsys, Inc. v. Mentor Graphics Corp., Case No. 2015-1599 (Fed. Cir. Oct. 17, 2016), upholding the lower court’s grant of summary judgment of invalidity under § 101, may provide another tool to patent challengers wishing to invalidate claims arguably reciting mental processes. In deciding the case, the Federal Circuit relied on the two-step analytical framework of Mayo/Alice, and found that the claimed methods were directed to unpatentable abstract ideas without reciting “significantly more.”

Step 1: Are the Asserted Claims Directed to an Abstract Idea?

Under step one of the Mayo/Alice test for subject matter eligibility, a court is to determine whether the claims at issue are directed to a patent-ineligible concept, such as an abstract idea. Here, the Federal Circuit reviewed Claim 1 of U.S. Patent No. 5,530,841 (the ’841 patent), which the parties had agreed was representative of all asserted claims, and affirmed the district court’s ruling that the claims were directed to a mental process. Claim 1 reads as follows:

A method for converting a hardware independent user description of a logic circuit, that includes flow control statements including an IF statement and a GOTO statement, and directive statements that define levels of logic signals, into logic circuit hardware components comprising:

In addition, although the court mentioned that it need not decide whether a computer-implemented version of the invention would be directed to an abstract idea, it cited  Gottschalk v. Benson for the premise that claimed methods designed for use on a computer may nonetheless be patent-ineligible if they can also be performed without a computer. See Gottschalk v. Benson, 409 U.S. 63 (1972).

Synopsys’ arguments that the asserted claims did not preempt all conversions from functional descriptions to hardware component descriptions of logic circuits did not persuade the court.

Alice Step 2: Do the Asserted Claims Include an Inventive Concept

Under step two of the Alice test for subject matter eligibility, a court is to determine whether the additional elements transform the nature of the claim into a patent-eligible application, which has also been described as a search for an inventive concept. Slip op. at 15.

In this step of the analysis, the court dismissed Synopsys’ contention that the claims contained an inventive concept because they were not shown to have been anticipated by or obvious over prior art as a misstatement of the law. Slip op. at 24. Instead, the court stated that “a claim for a new abstract idea is still an abstract idea.” Id.

The court went on to distinguish the claims from the claims upheld as valid in both DDR Holdings and BASCOM stating that the asserted claims did not contain any technical solution, technical advance or improvement, as did the claims in the aforementioned cases. Therefore, the court concluded that the claims contained nothing that “amounts to significantly more than a patent upon the [abstract idea] itself,” as found in Alice.

Even if a person of ordinary skill in the art would, in practice, perform claims on a computer, such claims which do not recite a computer or any other physical component, and which broadly recite concepts viewed as mental processes, are likely to be held invalid by the Federal Circuit. However, as the court states in its conclusion in this case, different claims directed to “a computerized design tool [..] to more efficiently identify and generate [the same output]” could possibly pass muster under § 101. 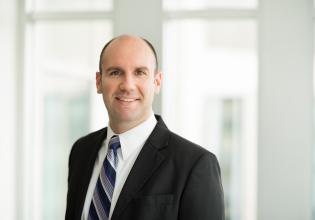