When the cost of default is $1.2 million | World Trademark Review

In Neutron Depot, LLC v Bankrate Inc the US District Court for the Southern District of Texas entered judgment in plaintiff Neutron Depot’s favour, enjoining defendant Insurance Depot Marketing Corporation from any activity in connection with the plaintiff’s mark INSURANCE DEPOT and awarding damages amounting to over $1.2 million to Neutron Depot, holding that an award of statutory damages under the Lanham Act and the federal Anti-cybersquatting Consumer Protection Act would discourage Insurance Depot Marketing from using the plaintiff’s mark in the future.

In total, the plaintiff sought $1.2 million in statutory damages.

According to the court, the Lanham Act does not provide guidance on how an appropriate amount of statutory damages can be determined, but courts are often guided by the damages awards assessed under the Copyright Act. Factors to be considered in awarding damages include:

In this case there was no evidence regarding the defendant’s profits, saved expenses or lost revenues, partially because the defendant did not file an answer or participate in the lawsuit. The only evidence considered was a series of screenshots submitted by the plaintiff from the results of internet searches showing that a search using the term ‘Insurance Depot’ resulted in a link to Insurance Depot America’s website. Although there was no evidence of the defendant’s state of mind, some courts have found that defendants are deemed to have admitted they acted knowingly and intentionally by virtue of their default.

The next issue before the court in this decision was whether the plaintiff was entitled to attorneys’ fees. A district court may award a prevailing party its reasonable attorneys’ fees under the Lanham Act in “exceptional cases”, and the exceptional nature of the case must be established by clear and convincing evidence. An “exceptional case” is one where the violative acts are malicious, fraudulent, deliberate or wilful. The necessary showing demands a high degree of culpability, such as bad faith or fraud. As previously discussed, courts have held that defendants are deemed to have admitted they acted knowingly and intentionally by virtue of their default. Accordingly, the court found that, by virtue of its default, defendant had conceded that it acted deliberately and wilfully, and the plaintiff was entitled to reasonable attorneys’ fees and costs under the Lanham Act. The court awarded the plaintiff $5,362.50 in attorneys’ fees and $424.35 in costs. 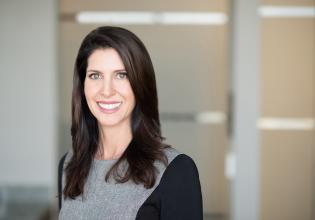