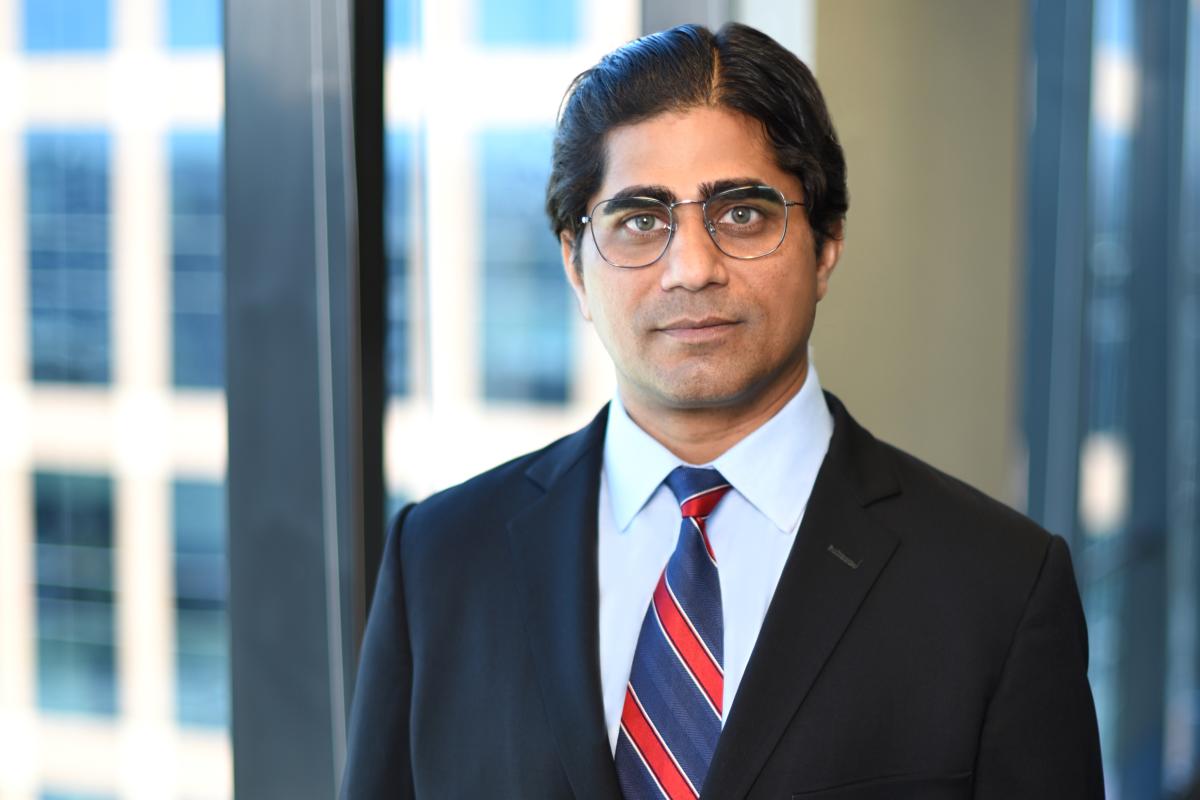 Pushkal Mishra is a partner in the firm’s Orange County office. His practice focuses on intellectual property trials and appeals, mainly in the federal courts. Pushkal has represented clients across a wide range of industries in federal district court litigation as well as in appeals before the U.S. Court of Appeals for the Federal Circuit.

Pushkal graduated from Loyola Law School, Loyola Marymount University, where he was elected to the Order of the Coif and recognized on the Dean’s Honor List. Before attending law school, he earned a BS in Electrical Engineering from Delhi College of Engineering, University of Delhi, India, and an MS in Computer Science from the University of Southern California.

Pushkal previously clerked for Honorable George H. Wu, of the U.S. District Court for the Central District of California, and Honorable Todd M. Hughes, of the U.S. Court of Appeals for the Federal Circuit. Immediately after his judicial clerkships, he litigated complex trials and appeals at another firm.